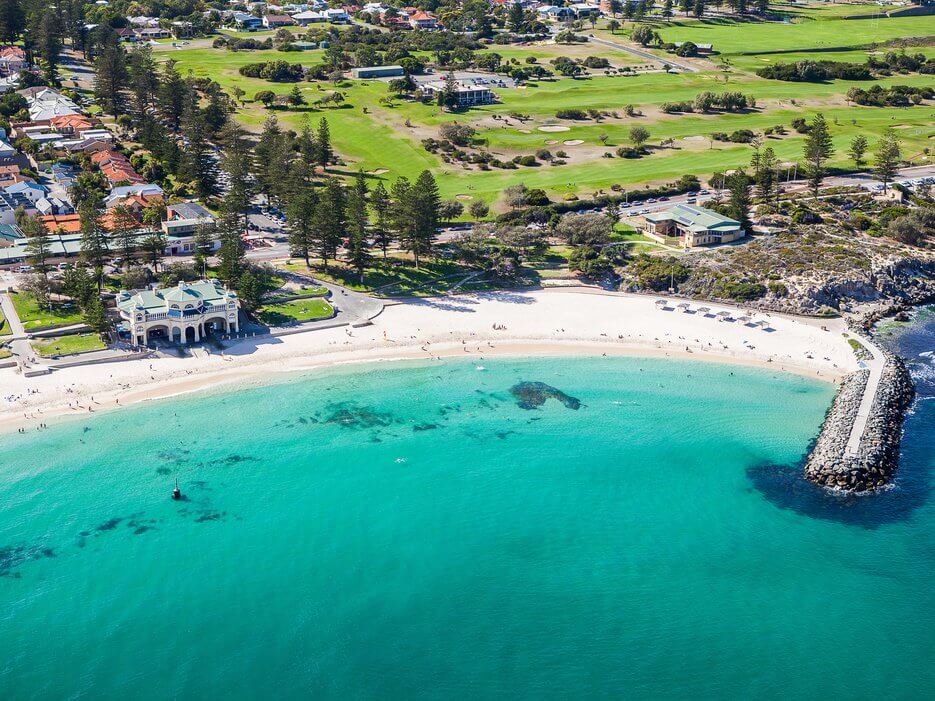 Perth has long had an image problem. Topographically, Western Australia’s capital calls to mind a smaller, flat Seattle, with low-rise neighborhoods framed by Norfolk pines and the tropical-green Indian Ocean. And though its white sand beaches are legendary, the city itself was seen as little more than an upstart frontier town—a place several hours’ flying time from any “nice part” of the country, where the hard-nosed could make a fortune in mining but style was in short supply.

How things have changed: Today, Perth is more cash-inundated than ever, thanks to China’s insatiable appetite for minerals, while the city has grown improbably diverse (about one in three residents was born overseas). Now, chefs with name recognition are arriving to open restaurants, hip shopping districts are popping up, and once dodgy neighborhoods are becoming destinations unto themselves. Nor does Perth plan to slow down: A $1 billion waterfront development, an underground train line, a major new museum, an enormous sports arena, and an airport expansion are all forthcoming. The expected wave of business travelers and (assumedly) tourists will have their choice of new hotels, with Ritz-Carlton, Starwood, and Westin all opening locations here in the next two years. But the big news—and perhaps the most surprising—is COMO The Treasury, the latest from Christina Ong’s COMO Hotels and Resorts and the brand’s first-ever property in Australia.

A fitting emblem of the new Perth, The Treasury is part of the ambitious Cathedral Square development, a $580 million reinvention of a cluster of nineteenth-century state treasury and Anglican Diocese buildings on the edge of the Central Business District. “These structures have sat empty for more than 20 years,” says Kerry Hill, the local boy turned renowned architect who designed the COMO hotel. “What we did was essentially a restoration—the fabric of the original layout wasn’t touched.” Indeed, almost every detail in the hotel (which primarily occupies the top floors of three 140-year-old buildings) has been returned to its original state, from the reinstalled dormer windows to the roofline’s copper trim. Hill has also brought his distinct brand of spare, under- stated cool, which contrasts beautifully with the period accents, to the 48 rooms and suites.

Of course, this being Australia, all things begin and end with food. Executive chef Jed Gerrard, who worked at Tetsuya Wakuda in Sydney, runs Wildflower, the hotel’s glassed-in rooftop restaurant. Just downstairs from The Treasury is David Thompson’s Thai street- food joint, Long Chim, and Petition Kitchen, a café-meets-gastro from Cumulus alum Jesse Blake that serves killer flat whites in the morning and kingfish crudo in a ginger vinaigrette with your pint. Suddenly, the frontier town is looking like the true pioneer.

Alex Hotel: Located in once-dingy-now- fabulous Northbridge, the Alex is low-key hip (loaner bikes; honor bars) but still gives us what we want: quality linens and a spectacular break- fast spread (from $162).

Cottesloe Beach: A near mile-long swath of vanilla-white sand that earns every “best beach” accolade it’s garnered over the last hundred-odd years.

Print Hall: Four restaurants and bars share space in this former newspaper house; the namesake bar and restaurant is where you’ll find us with a dozen fresh-shucked oysters and some cold Australian white from the 22,000-bottle-strong cellar.